The new low today below 14,350 was not expected.  This has put the expanding triangle count as an alternate.  We have added another count.

The main take-away is the larger decline is still expected to reach below the 14,000 level.  The path to getting there has been complicated and choppy, as corrections can be.

Counts are labelled as Count 1, Count 2, Count 3.. as we have not yet decided which is preferred, if any.

Count 1 (New) : An ending diagonal could be in progress to the downside that would complete the correction at about 13,800.  Ending diagonals are choppy.  On completion, the reversal would be swift. 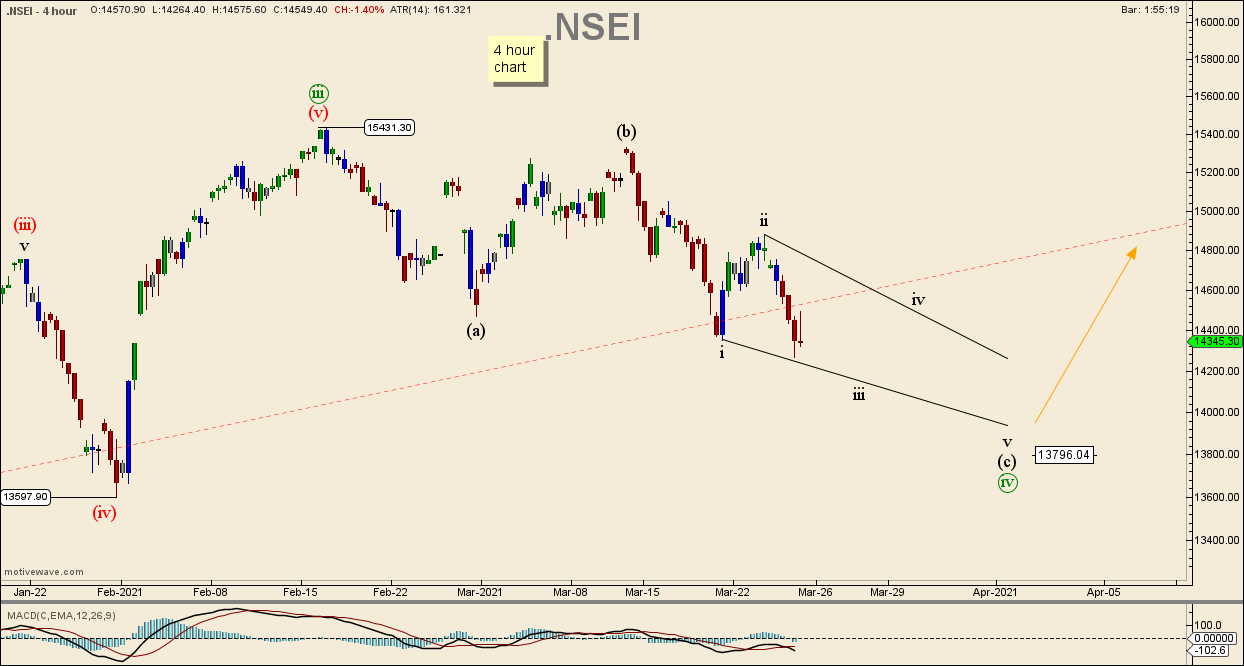 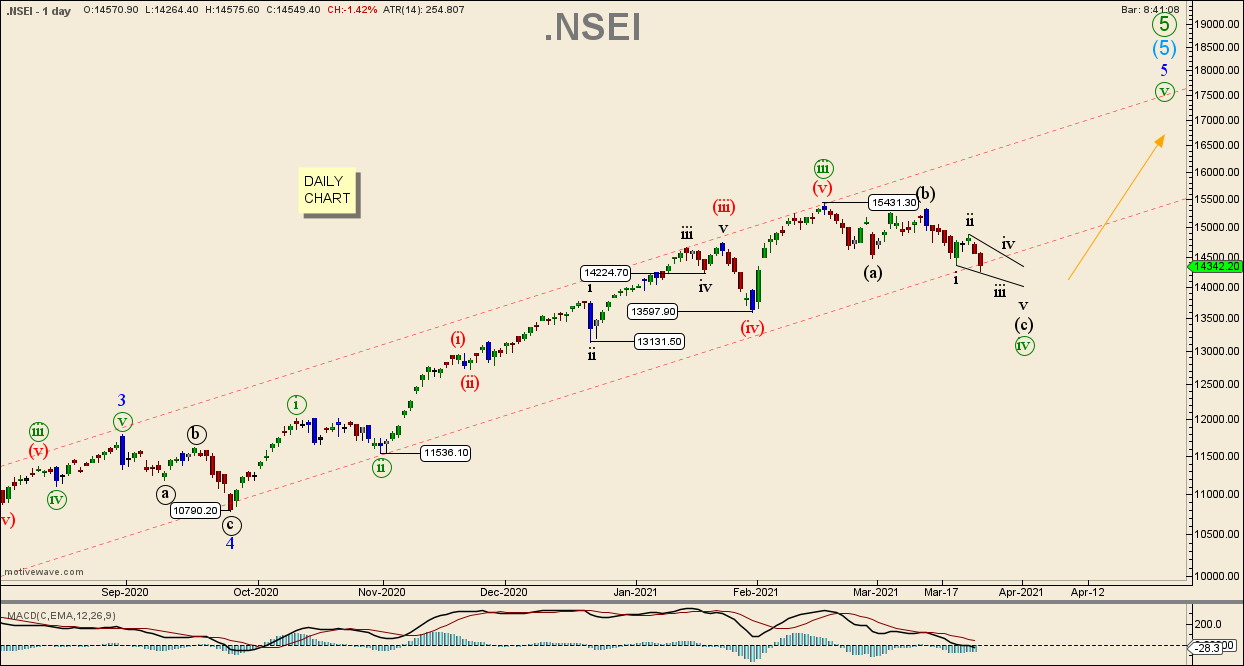 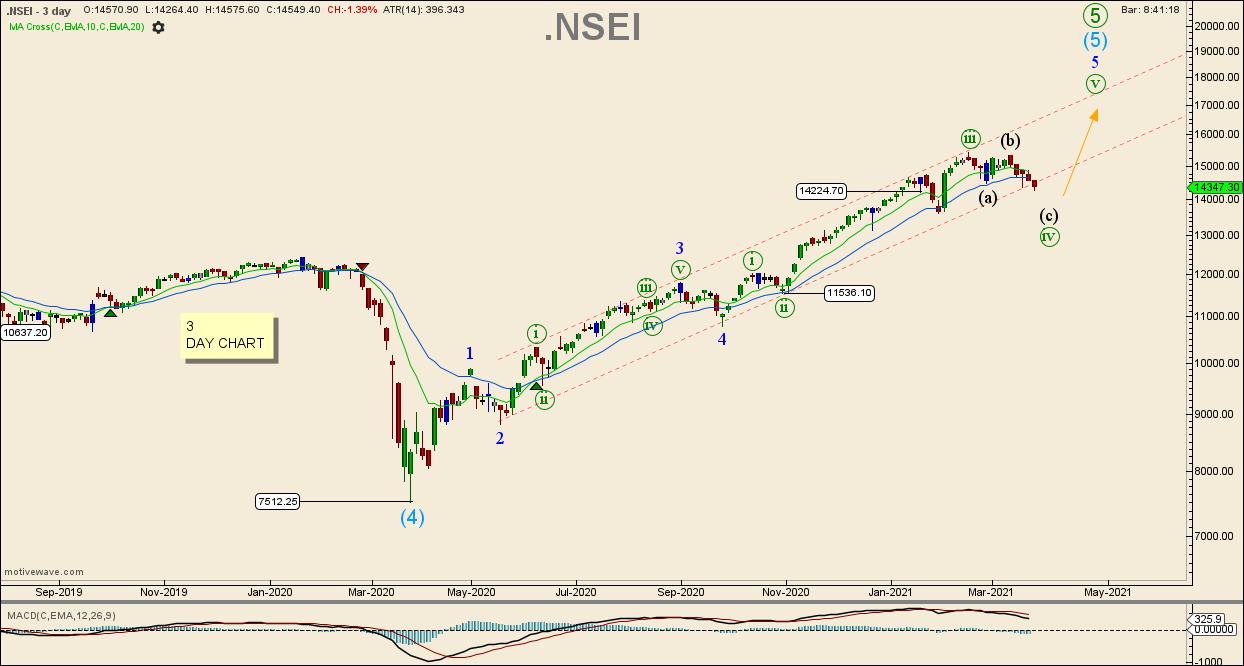 Count 2 : A bearish triangle could still have a couple of weeks to go to complete.  Today’s low could be wave b of a triangle, but it is yet to be confirmed. Under this count, price could still rally to the 15,000 level in wave C of the triangle. 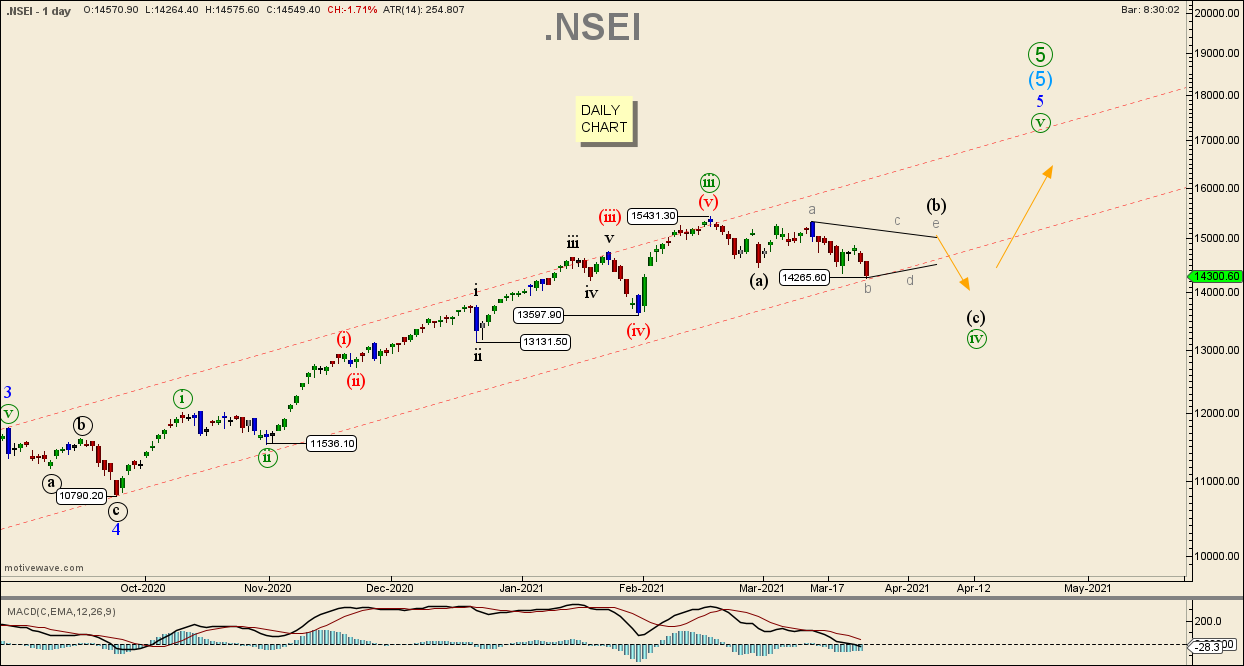 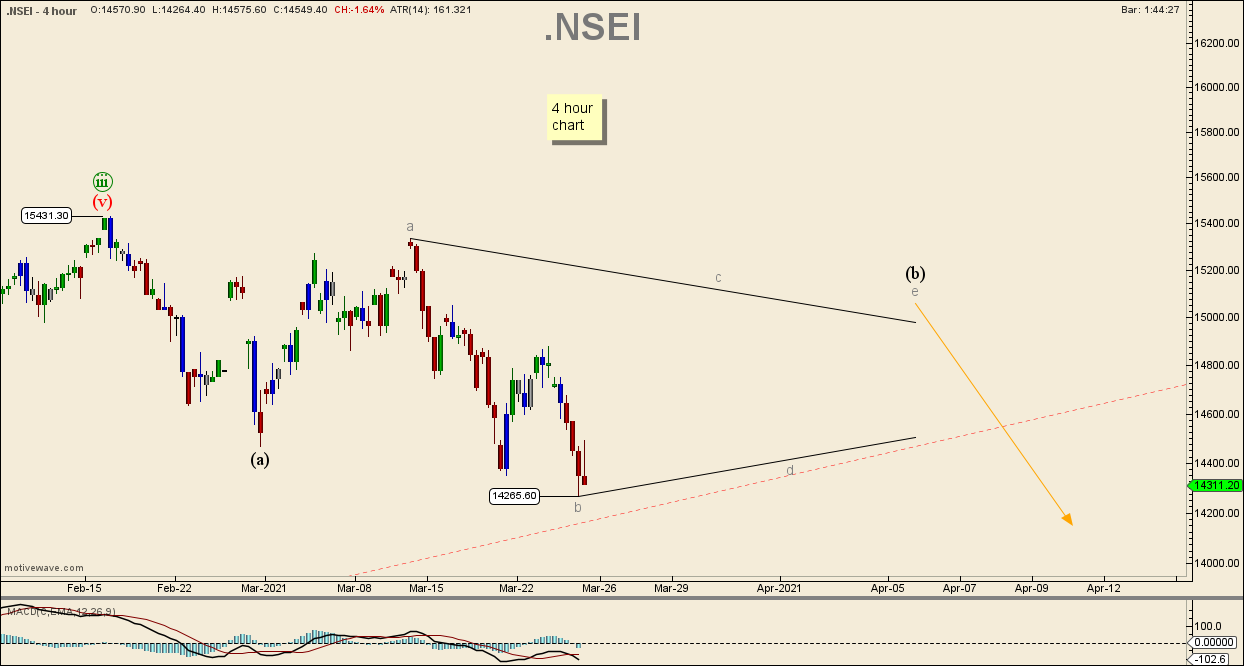 Count 3 : The expanding triangle that was our preference for a while is still on the table, but has become much more complicated in structure.  Extraordinarily difficult to trade this short term.  This shows wave d down is still in progress, and could reach near the 14,100 level. 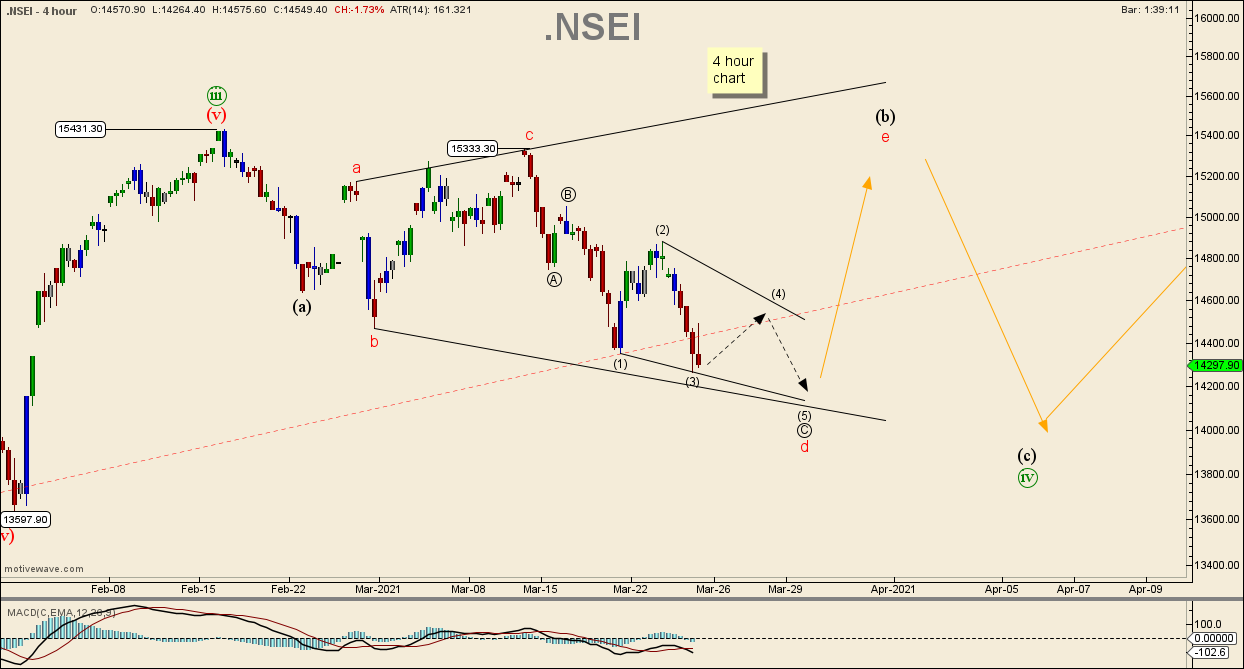 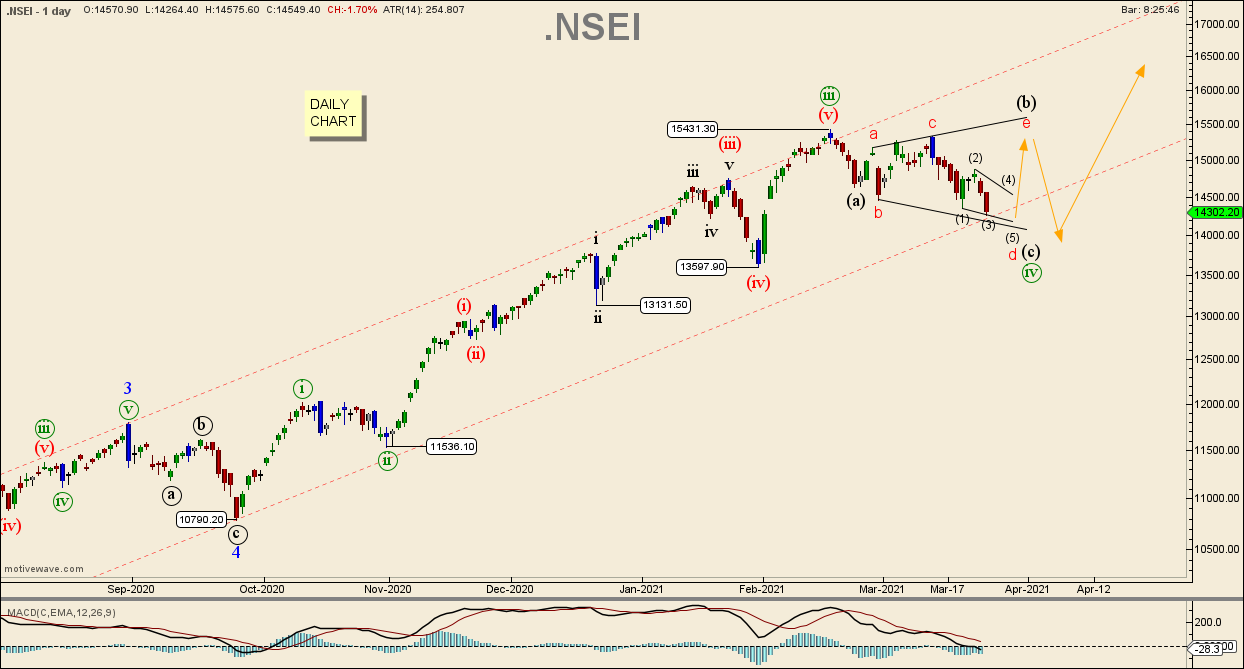 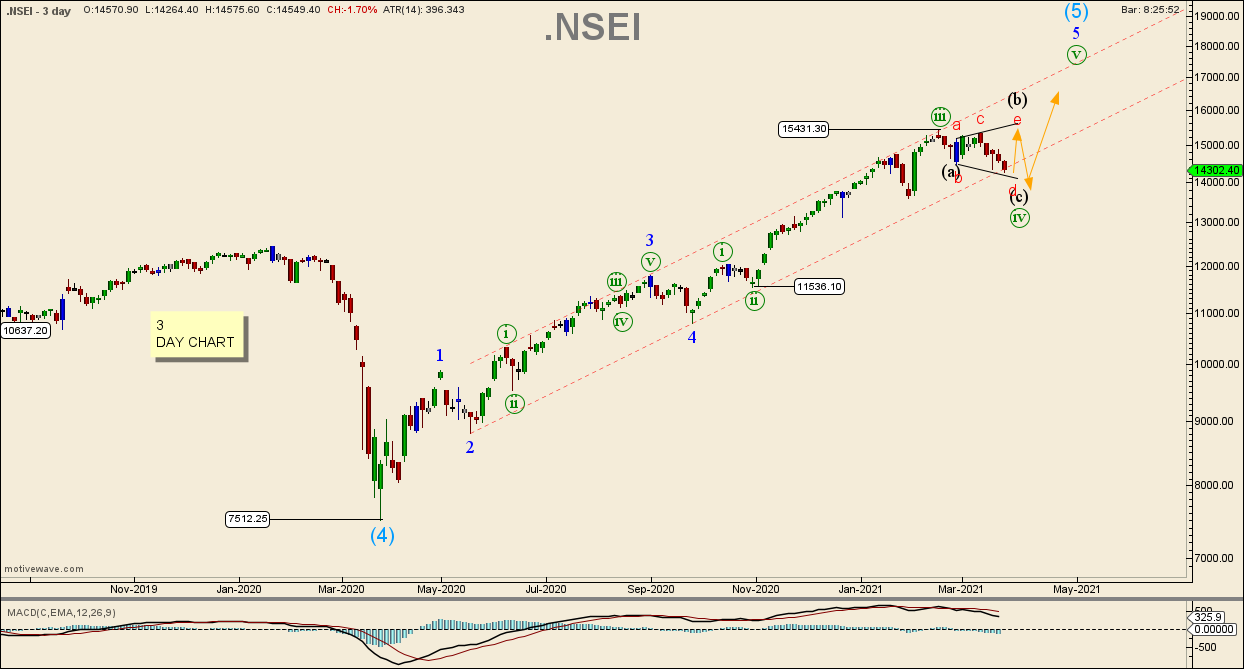