Analysis of Russian Rouble strength during an economic collapse.

This currency strength is one of the most bizarre occurences of the year (second only to the Russian invasion).  How does one explain this ?

After collapsing to 150, the strangest thing happened.  As Russian FX reserves in USD and Euro were frozen with a massive range of economic sanctions on Russia, the rouble began strengthening…. all the way back to 51 on May 25.

As a context, given the Rouble and Indian Rupee were at similar levels in Feb 2022, imagine the Rupee collapsing from 74 to 150 in 4 weeks, and then from 150 to 51 – this entire roundtrip in the space of 3 months.

With the Russian economy collapsing, and most large american and european companies exiting russia, the rouble should have continued falling.

From a fundamental perspective, this made no sense.

From an elliott wave perspective, it makes perfect sense.

On Feb 9 (2 weeks before invasion), at 74.25, the rouble completed a large wave 4 correction with a WX-Y Triangle and began it’s thrust up, culminating at 150.  Elliott Wave Triangles are penultimate waves and usually signal a final thrust in the direction of the larger trend, which will subsequently be reversed quickly.

This is exactly what happened.  After thrusting up to 150, it began reversing, all the way back to 51, a level not seen since year 2015. 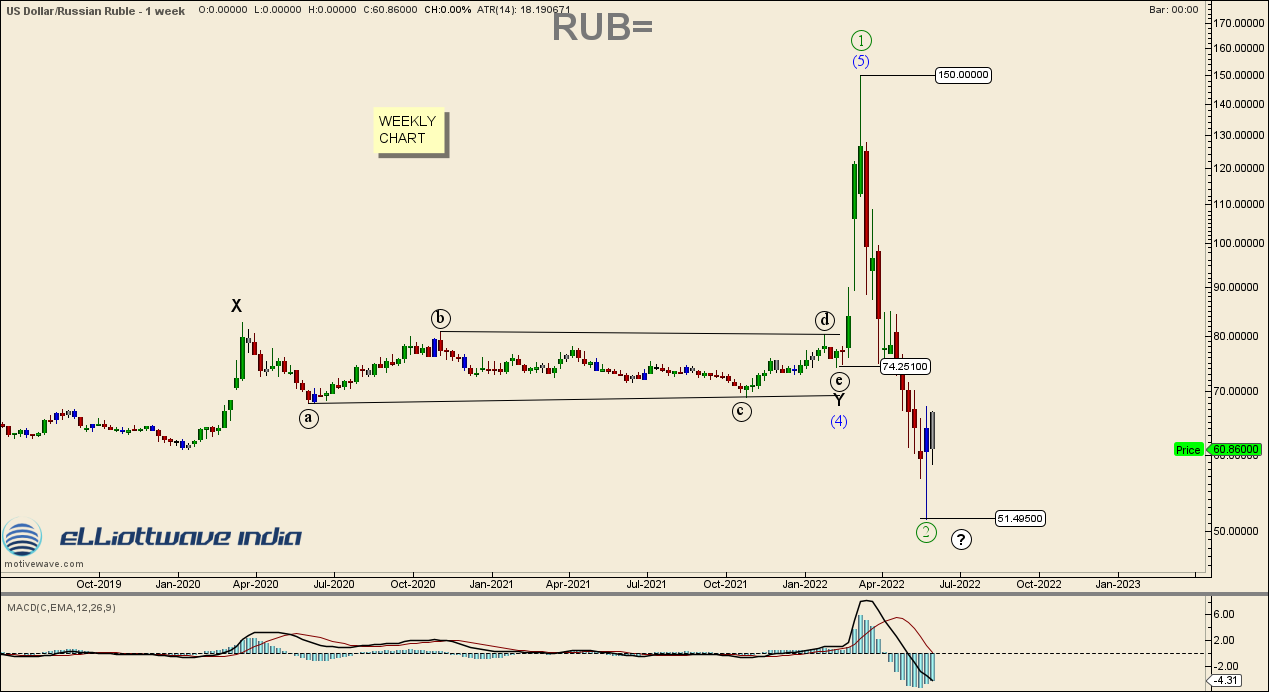 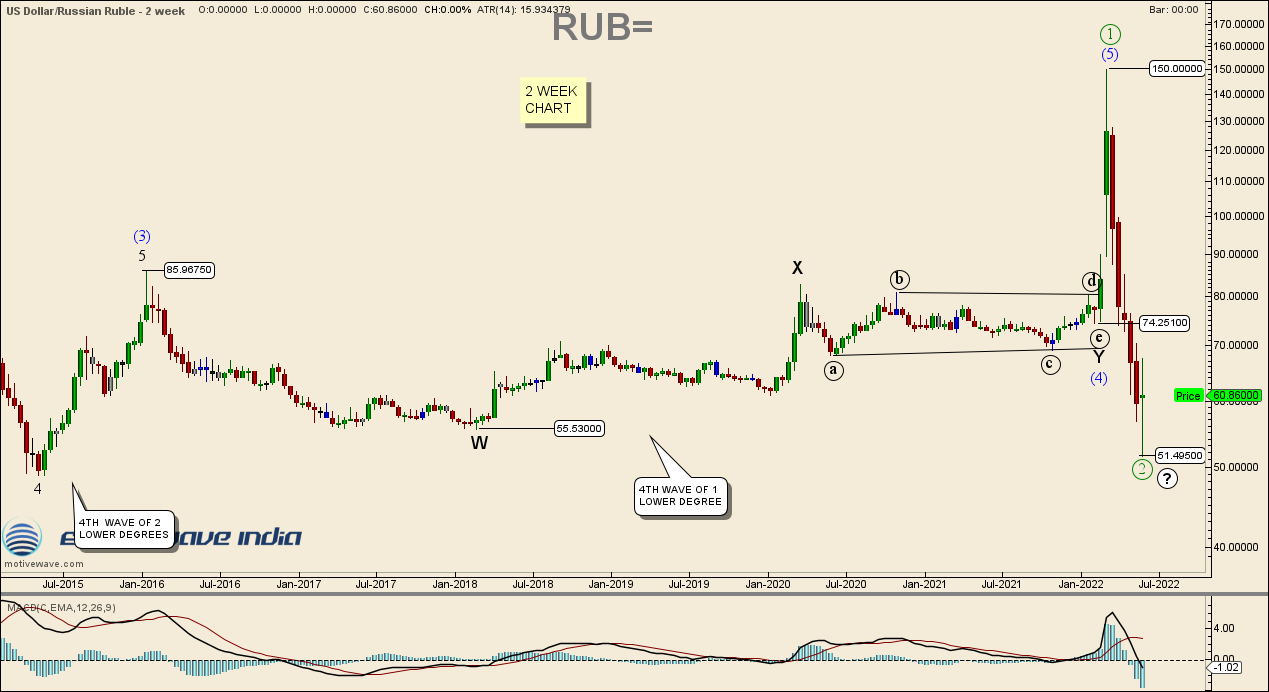 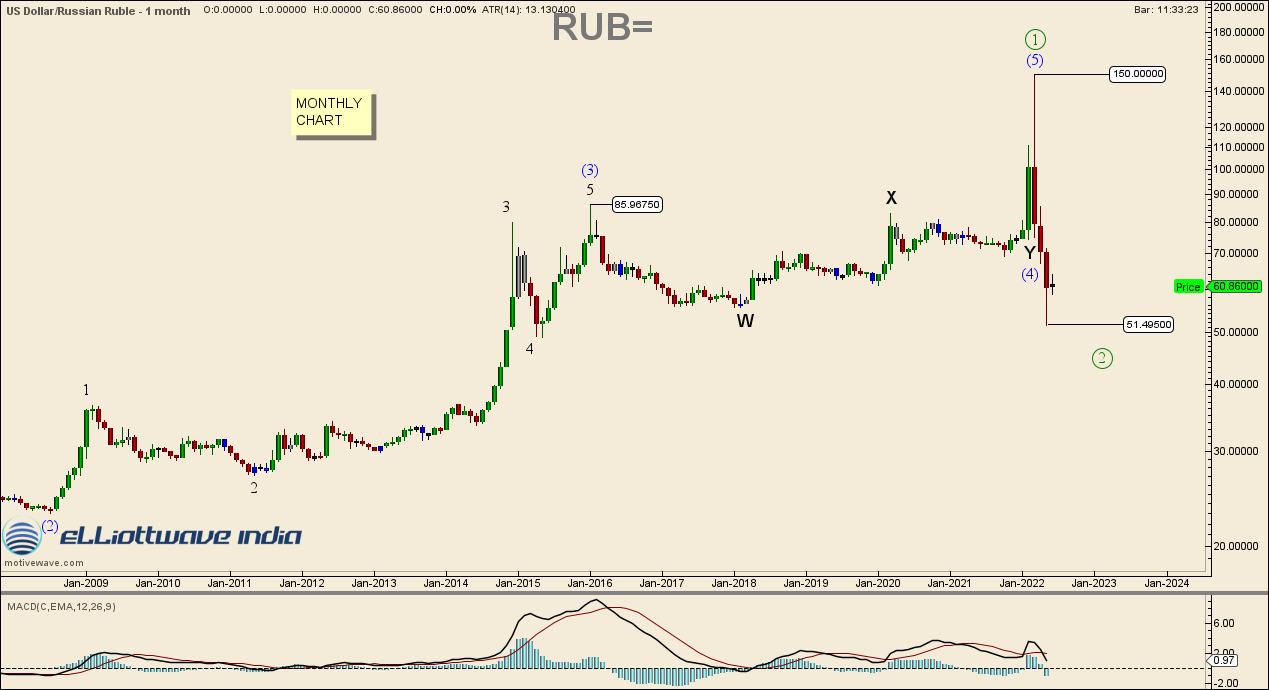 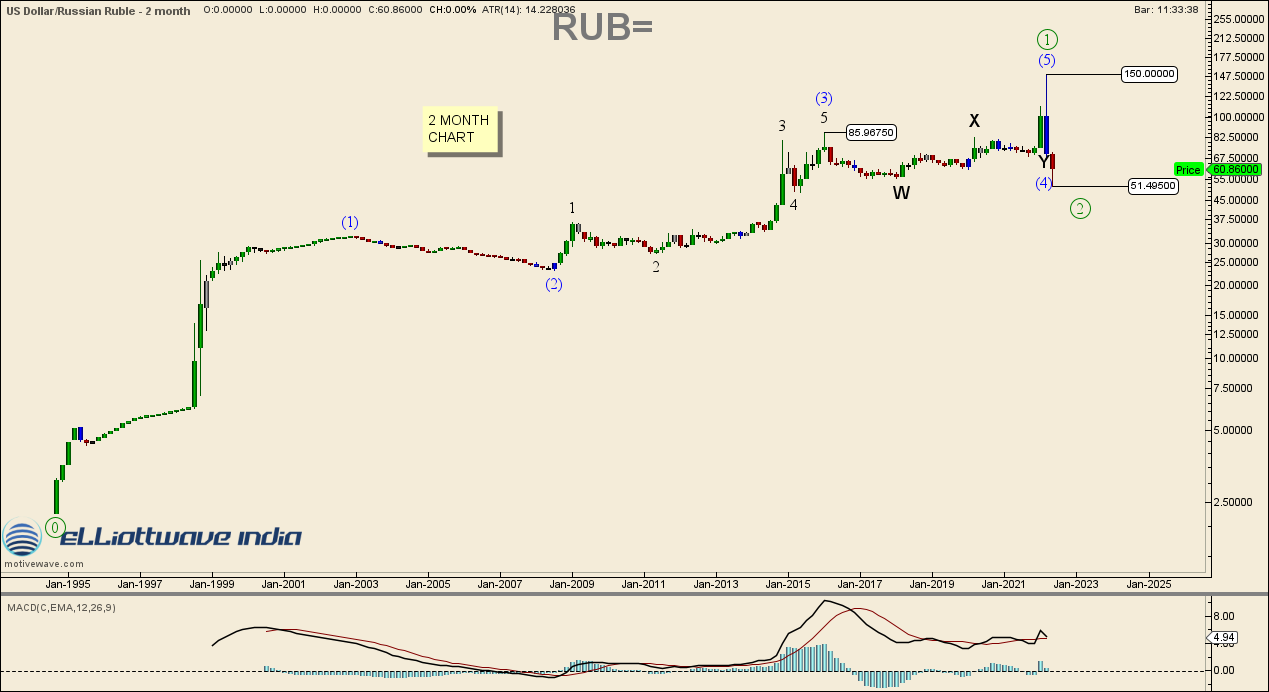 Notice where the decline at 51 ended.  51 represents a zone of support at the 4th wave of one lower degree and 4th wave of 2 lower degrees, a common end to corrections.   This is likely the end of Rouble strength, and it should resume the larger trend of weakness in a 3rd wave.

Outlook : The rouble is likely to move back into the trend channel range above 70 and higher, and over time to continue weakening.

Whether the low at 51.50 is all of wave 2, or just wave A of 2 is not possible to know at this stage.  In either case, next few years should see a likely test of the 150 level again. 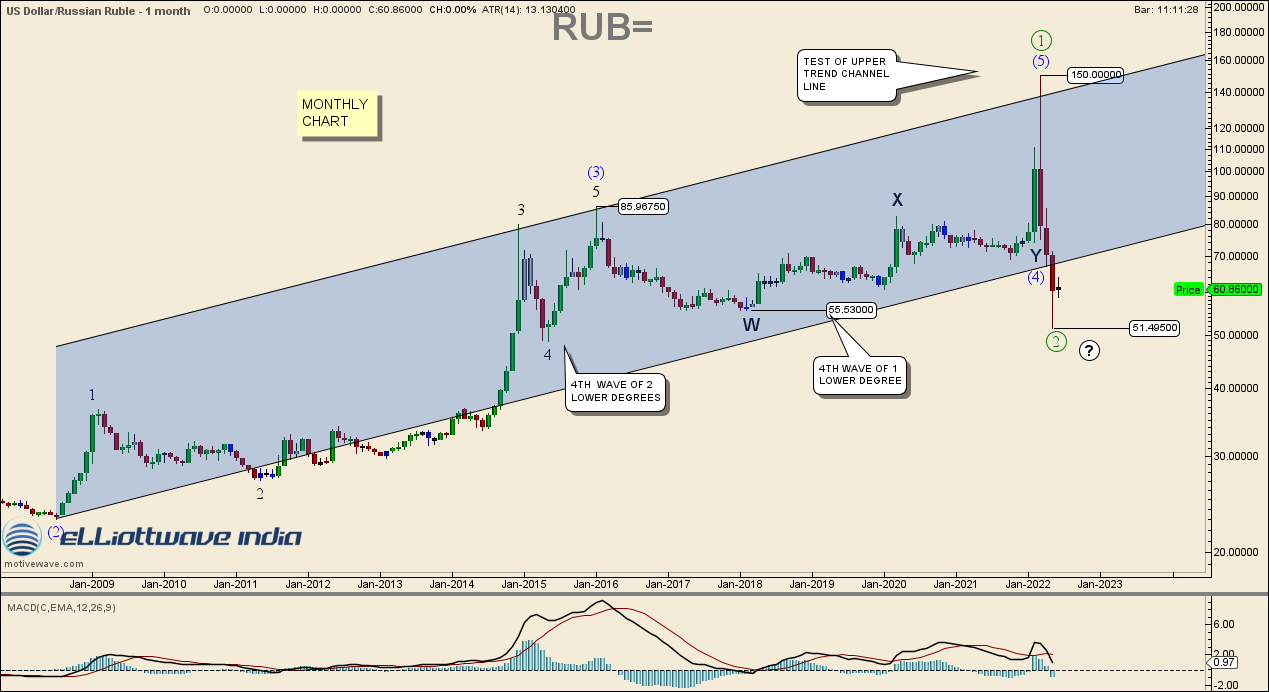 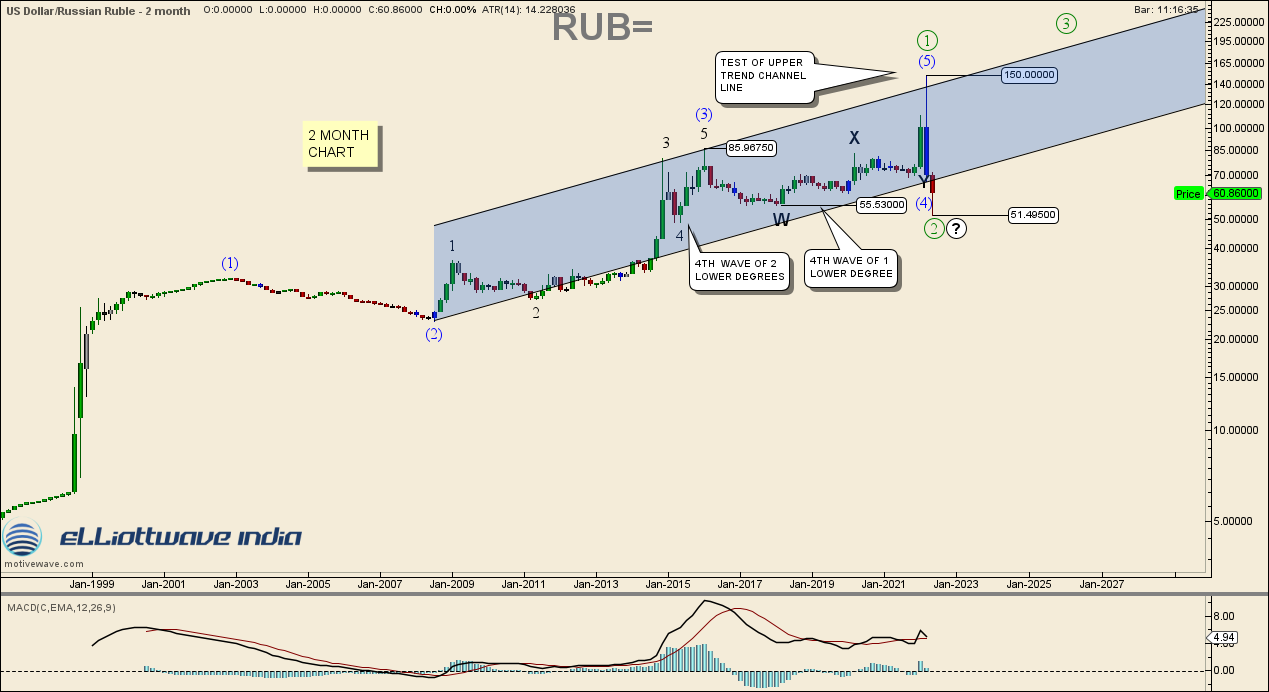 Algorithm for Nifty and Bank Nifty

We recommend Quantiply.  Execution is excellent. With Algos, it is necessary to both login every morning and to ensure the trades have been activated correctly.

Disclosure : We are an affiliate partner of Quantiply.

This website uses cookies to improve your experience while you navigate through the website. Out of these cookies, the cookies that are categorized as necessary are stored on your browser as they are essential for the working of basic functionalities of the website. We also use third-party cookies that help us analyze and understand how you use this website. These cookies will be stored in your browser only with your consent. You also have the option to opt-out of these cookies. But opting out of some of these cookies may have an effect on your browsing experience.
Necessary Always Enabled
Necessary cookies are absolutely essential for the website to function properly. This category only includes cookies that ensures basic functionalities and security features of the website. These cookies do not store any personal information.
Non-necessary
Any cookies that may not be particularly necessary for the website to function and is used specifically to collect user personal data via analytics, ads, other embedded contents are termed as non-necessary cookies. It is mandatory to procure user consent prior to running these cookies on your website.
SAVE & ACCEPT