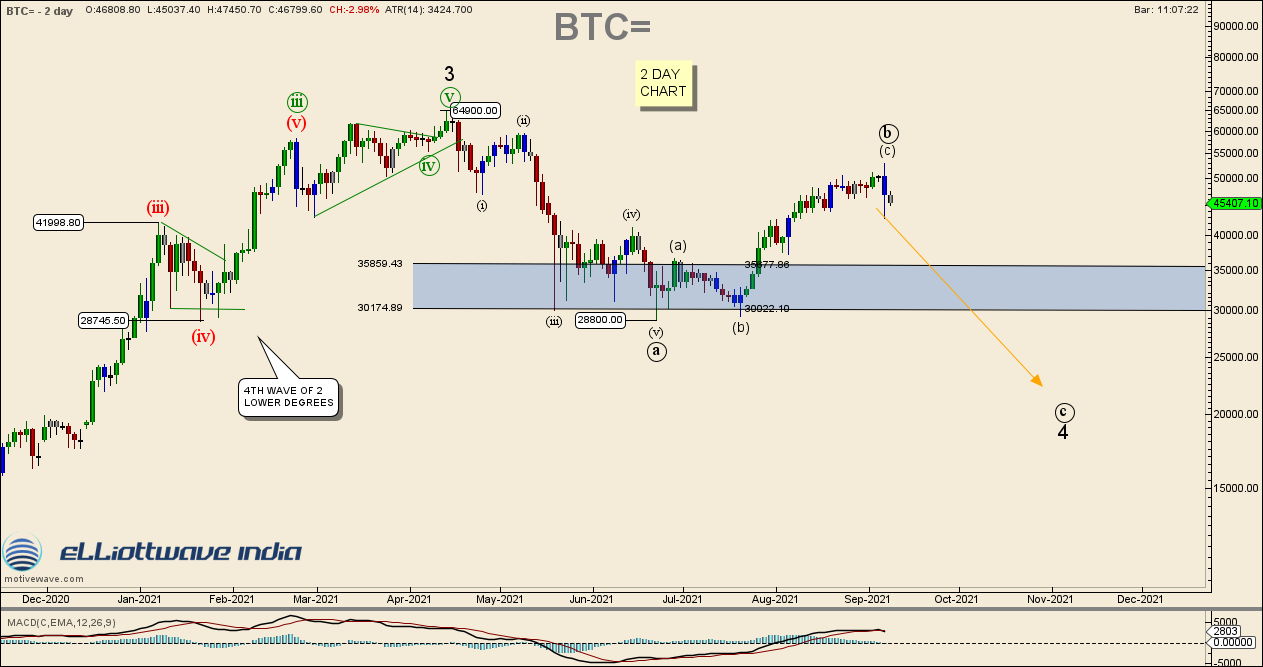 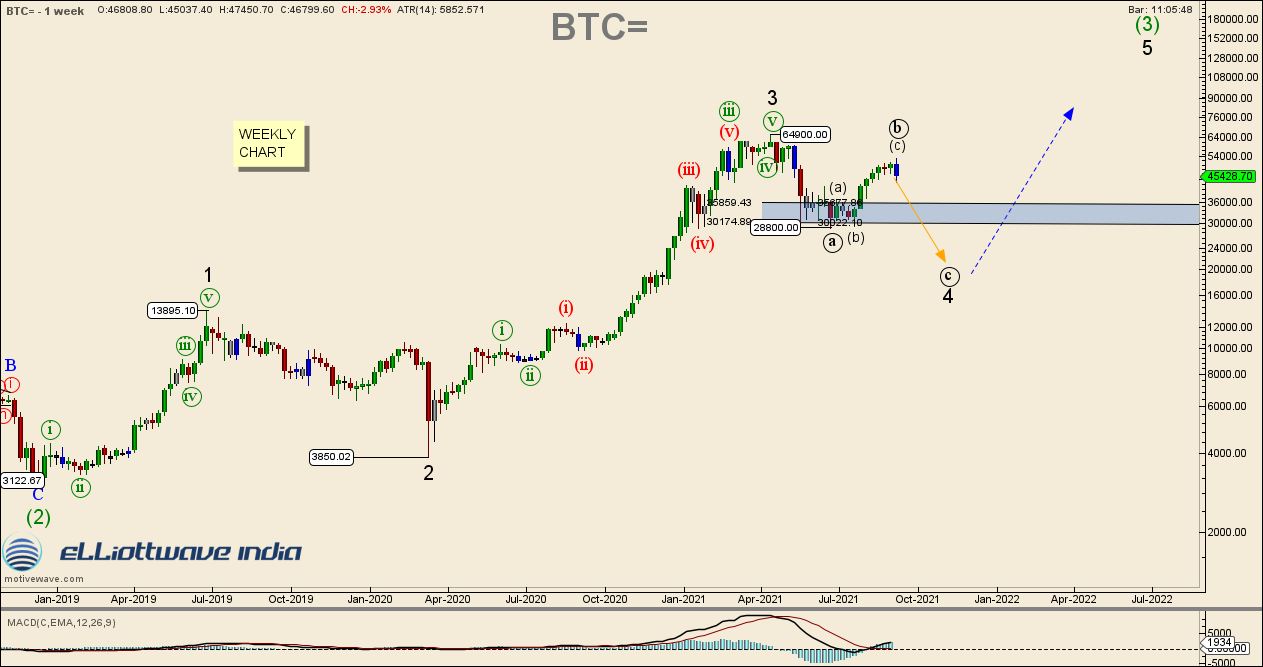 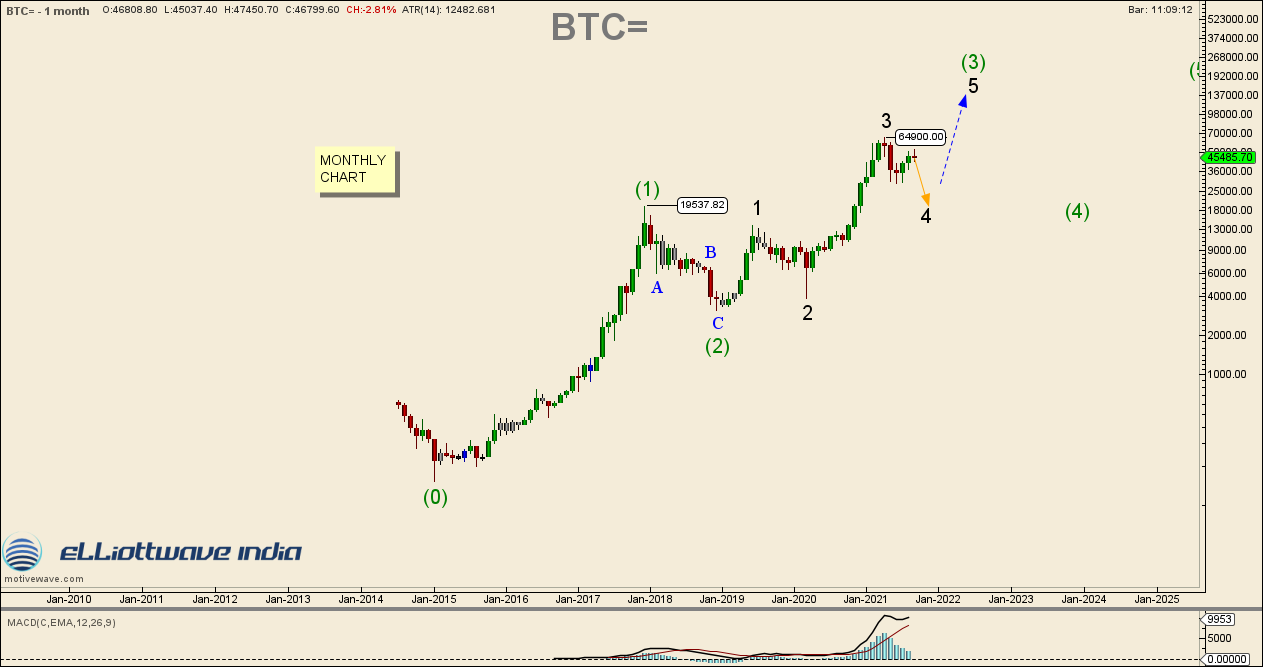 Based on the elliott wave principle, we suspect history will judge the current government of El Salvador as both innovative and smart.  Their timing could’ve been better, but from a wave perspective, both the adoption and the timing of it makes sense.

Bitcoin had recently rallied from under US$30K to above $52K.  Sentiment about Bitcoin was turning increasing positive, which probably accounts for timing of the adoption to national currency.  But what El Salvadorean policy makers didn’t know was this rally (from 30K to 52K) was a corrective B wave, after a 5 wave decline from 64,900 to 28,800 in wave A.

Bitcoin appears to be currently in wave C down to below 28,800.

But in the larger picture, the expected decline to below 28,800 appears to be just a 4th wave correction within a larger wave (3), so the larger rally should continue, to at least to above 65,000 and likely much higher.

With Bitcoin now as legal tender, this could be a possibly historic opportunity for El Salvador to leave an impoverished past behind.